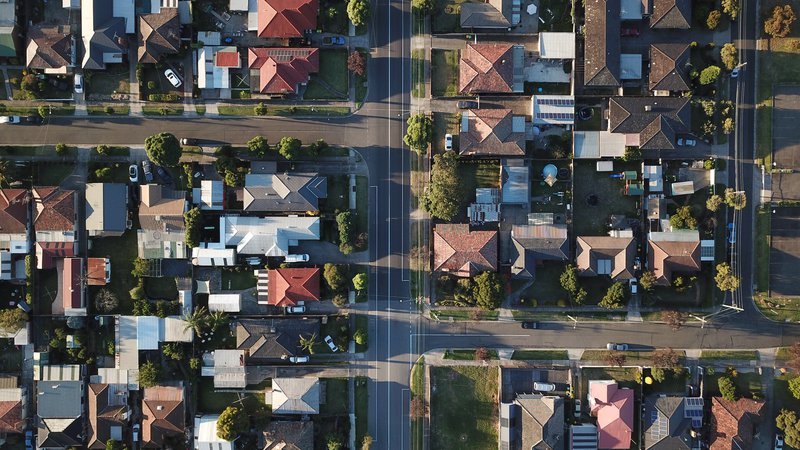 Despite numerous vociferous predictions to the contrary, New Zealand’s residential property market continues to march on in the face of a cataclysmic global pandemic.

Thousands of Kiwis have lost their jobs as a result of strict measures to combat the deadly virus, hundreds of businesses have gone bust, the economy is officially in recession, and yet, despite all this and more, residential property values continue to hold their own across much of the country – well, for now, at least.

You see, that’s the trouble with writing articles like this one; the market could change tomorrow, causing this to age like bad cheese. Before that does or does not happen, let’s take a closer look at why the property market continues to defy expectations at the present time of writing.

Does anyone else feel like they’ve spent an inordinate amount of time at home this year?

At 11:59pm on 25 March 2020, New Zealand moved into Alert Level 4, putting the country into a nationwide lockdown that would last until 28 April. The effect of that on the residential property market was severe, essentially freezing all economic activity for over a month.

Then, as the country moved out of lockdown and made its way through the alert levels, the property market seemed to rebound like a basketball dropped from the top of the Sky Tower as property-mad Kiwis – many of them first-home buyers, but we’ll get into why this group has been more active of late shortly – made up for lost time and started looking for their new home.

Can you blame us? All that time stuck at home left many of us wishing we had something a little bigger.

That’s right, they are currently closed to most travellers, and yet Statistics New Zealand’s latest figures show a net migration gain of 79,400 (+2.1%) for the year ended June. Meanwhile, more than 33,000 Kiwis have returned home since the pandemic’s onset – a number that continues to grow.

All of these people need places to live, with many of them looking to buy, not rent. That’s only adding to the country’s existing housing shortage, which is currently estimated to be around 130,000 short and growing.

In other words, there just isn’t enough homes for everybody, which is working to keep prices up – even in a tourist town like Rotorua, as QV property consultant Derek Turnwald notes: “Ex-pat Kiwis returning from overseas are sustaining values where we were earlier predicting losses,” he said.

“Rotorua, for instance, has been the strongest performing provincial town in terms of residential property value growth over the last three months, which has been a major surprise and defies expectations for a city with a tourism-focused economy.”

Exacerbating the housing shortage right now is an unprecedented amount of economic uncertainty, causing sellers to pause and adopt a wait-and-see approach before potentially listing their properties for sale.

As a result, the total number of houses on the market is currently low across most of the country, which continues to place upward pressure on prices.

QV senior property consultant David Cornford’s comments on the Wellington market are true of almost every region in New Zealand right now: “Due to a lack of choice, buyers are having to put their best foot forward in order to be successful, with most properties receiving multiple offers and selling at above expected levels.”

That’s great news for sellers, but not so much for the increasing amounts of first-home buyers and investors who have flooded the market of late. Why the sudden influx? Well, we’re just about to get to that.

If you were listening closely back in April, you may have heard the chorus of cheers up and down the country from first-home buyers and investors as the Reserve Bank announced it was axing its mortgage loan-to-value ratio (LVR) restrictions for 12 months.

With the removal of these “speed limits”, which were put in place by the Reserve Bank back in 2013 to slow an “overheating” property market, it’s easier for first-home buyers – as well as investors – to purchase property with a smaller deposit.

Though banks remain cautious about lending – these are difficult economic times, after all – QV senior property consultant Rupert Yortt says confirms that the Auckland market is seeing more activity in the lower price brackets as a result.

“Our Auckland valuation team has noted a lack of listings as the primary factor in keeping price levels steady, with the sub-$1m price bracket by far the most popular, primarily due to demand from first-home buyers and investors now unbridled by LVRs and looking to purchase.”

The final ingredient in the hāngi that is New Zealand’s residential property market is the record low interest rates that are tipped to go even lower still.

This is one reason why the high number of mortgagee sales that were tipped to occur as a result of Covid-19 related job losses hasn’t happened (the other reasons being mortgage holidays and the government’s wage subsidy scheme). Mortgages are obviously easier to service when interest rates are low.

It’s also a contributing factor to the currently highly competitive property market. Buyers are looking to capitalise on low interest rates, while at the opposite end of the market, sellers are less inclined to sell property due to better yields (that is a higher rate of return and lower costs).

Whether or not the official cash rate will sink from its current level of 0.25% into negative territory (probably), and what that will means for your mortgage (it’s complicated), is an article for another day.

So, what will happen next?

That’s anyone’s guess. Just last week, Westpac economists reversed their forecast of a 7% drop this year and instead predicted a 3.5% increase.

QV general manager David Nagel is more circumspect. “The truth is nobody knows what’s going to happen tomorrow. Scientists may discover the cure to Covid-19, or health officials may discover another cluster of the virus amongst the population, resulting in another lockdown.

“Either way, it’ll likely have a drastic effect on a worldwide economy that’s seen far more than its fair share of ups and downs in 2020. We all wait with bated breath to find out the next chapter in the ongoing saga.”