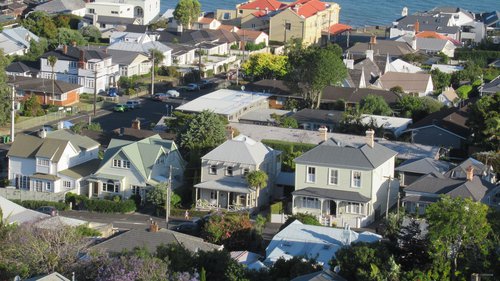 Treasury is conceding that much slower house price growth due to Government policy changes will have a dampening effect on the economic recovery.

And this will prolong the period of monetary policy support needed to raise inflation and employment to target.

In its Budget Economic and Fiscal Update, Treasury says of the three housing-related policy changes announced on March 23 it is the removal of interest deductibility on existing residential properties that's expected to have the largest impact on the housing market "and wider economy" by significantly reducing house price growth over the forecast period.

It is forecasting annual house price growth to reach a peak of 17.3% in the June 2021 quarter before easing to 0.9% by June 2022. As borders reopen, higher population growth and continued low interest rates are expected to result in a gradual increase in house price inflation, reaching 2.5% in the June 2025 quarter. The slower pace of house price growth means house prices end up around 4% lower in June 2025 than forecast in the Half Year Update, and around 16% lower compared to an updated scenario without the policy change.

"House price movements have a broader impact on the economy. When the value of the housing stock increases, homeowners’ household balance sheets rise, causing them to feel wealthier and more inclined to spend, which raises private consumption. House price growth also encourages residential investment, with higher prices enabling more projects to be brought to the market as returns on investment rise to sufficiently high levels," Treasury says.

"Slower house price growth will likely dampen these effects, resulting in a slower economic recovery than otherwise and prolonging the period of monetary policy support needed to raise inflation and employment to target.

"However, the levels of private consumption and residential investment are still forecast to be substantially higher than in the Half Year Update. The impact of the tax change on house prices and the associated effects on the wider economy are uncertain and present significant risks to the economic forecasts."

Treasury says leveraged investors will be impacted the most by the removal of interest deductibility, which will increase their tax liability.

It says the overall impact of the housing Package on the housing market is uncertain and depends on various factors, including the final design of the policy and the extent to which other participants (including first home buyers) "step in to fill the gap in demand" left by leveraged investors. The Treasury forecasts assume that other buyer types will enter the market, moderating the downward pressure on prices, "but that their willingness to pay will be lower than the leveraged investors who exit the market".

"The overall result is that house price growth is forecast to continue, but at a significantly reduced rate compared to a scenario without the policy change."

Treasury notes that interest deductibility will remain in place for new builds for an undecided length of time, which is expected to result in a migration of leveraged investors from the market for existing property into the market for new residential developments. This is likely to reduce the impact on house prices, as demand from some leveraged investors is redirected towards new housing rather than being lost entirely.

"Additionally, some owner occupiers and less-leveraged investors will be displaced from the new build market into the existing home market. To the extent that new and existing houses are substitutable, it is expected that prices across both markets will converge, but the incentives to build new properties are ambiguous and could vary by location. Nevertheless, the new equilibrium price for housing will likely be lower than without the tax changes, but higher than without the exemption for new builds."

Treasury said key policy decisions relating to the housing package were yet to be decided at the time of forecast finalisation, making it difficult to estimate the fiscal impact with a reasonable level of certainty.

"These policy decisions include the duration for which interest deductibility will remain in place for new builds, definitions of ‘residential land’ and ‘developer’, and whether interest deductions would be allowed on the sale of property, among others."

Meanwhile advocacy group Property Council New Zealand said it was "sceptical about the bold assumptions made regarding house price inflation" in the Budget.

"There is no clear evidence that interest deductibility and bright-line changes will lead to such a dramatic reduction in house price inflation – especially since many of the details around these policy changes are yet to be finalised or announced," chief executive Leonie Freeman said.

She said there was no doubt the Government "has invested heavily" in the Budget.

"However, for many of the core issues around housing supply, climate resilience and delivering infrastructure at pace, the Budget doesn’t offer any new, alternative options.

"It’s encouraging to see the Government engaging with the community and investing $733 million in Māori housing, and our members are supportive of any initiative that increases and improves New Zealand’s housing stock. However, it would have been good to see further investment in alternative housing initiatives to help fuel our housing supply.

“There is no mention of initiatives like Build-to-Rent in the Budget. At a time where all options should be on the table, Build-to-Rent offers the Government a unique opportunity to support longer term options for New Zealanders."

She said much of the detail around the Housing Accelerator Fund was still left out, so it was hard to know how much of a difference this will make to supply.