Two-thirds of Auckland first home buyers in March borrowed at a DTI of over five - and their mortgage sizes averaged in excess of $750,000 each 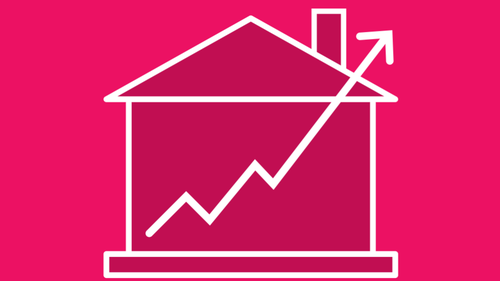 Debt to income ratios of home buyers are continuing to go through the roof, a crunch of the latest Reserve Bank figures on residential mortgage lending by debt-to-income ratio (DTI) shows.

The RBNZ has already given some flavour of these latest figures in its Financial Stability Report released earlier in the month, which highlighted the very high DTIs of lenders.

The new figures released on Tuesday show the break out for Auckland - and the figures are spectacular. And not in a good way.

Remember also, the March month was a record for total mortgage borrowing throughout the country, with a massive $10.487 billion borrowed. So, we are talking about very big sums of money being borrowed on high debt to income levels.

Of this, $552 million was borrowed on DTIs of over five.

If we look at the number of mortgages involved, it was 734.

So, in other words, those high DTI mortgages for FHBs in Auckland in March were for an average amount of just over $750,000.

That's not too surprising when you look at Auckland's median price of well in excess of $1 million - but sobering to see in print anyway.

So, the FHBs are geared up, but the owner-occupiers in Auckland weren't actually that far behind.

The revelations of these very high levels of high DTI borrowing come as the RBNZ is due (at the end of this month) to report back to Finance Minister Grant Robertson on the potential introduction of a DTI-limiting macro-prudential tool.

Robertson has shown a clear inclination to want DTIs applied against investors - but not first home buyers.

As can be seen all of the figures have blown out substantially in the three months from December 2020 to March 2021. And they are all way higher than they were at the same time a year ago - which was the last 'normal' month before the Covid disruption. (March 2020 was buoyant - but then we locked down at the end of March. April was the month it all died away.)

As I've said before, figures such as these would suggest that the introduction of DTI limits might be inevitable. The key question will be whether they will apply to FHBs.

They probably should. But the Government would not like that. Decisions, decisions.