Government expected to reveal details of interest deductibility rule change for property investors early next week, only days ahead of the implementation date 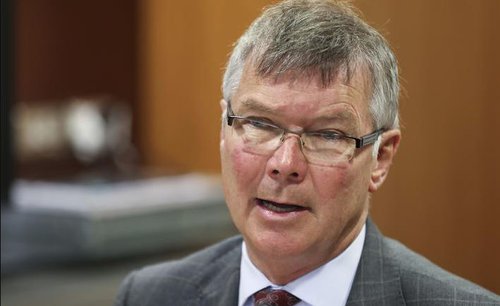 The wait continues for those interested in knowing the details of a major law change that will require residential property investors to pay more tax.

A spokesperson for Revenue Minister David Parker told interest.co.nz details of exactly what the removal of interest deductibility will look like will “likely” be unveiled early next week, only days ahead of the change taking effect.

The Government in March announced that from October 1, most residential property investors will gradually no longer be able to deduct interest as an expense when paying tax. The rules already apply to investors who bought property on or after March 27.

The move came as a surprise and is aimed at cooling the housing market by easing demand for property by investors.

However, the Government is yet to detail exactly what the rules will look like, and what will constitute a “new build”, which will be exempt from the change.

The spokesperson for Parker said it was still “likely” the rule change would be made through a Supplementary Order Paper (SOP) linked to the Taxation (Annual Rates for 2021–22, GST, and Remedial Matters) Bill.

The pinch for property investors is that even if the SOP is published early next week, it could be tweaked before the bill is passed.

So, property investors might have to wait until then before all the details of the rule change are set in stone, even though the change applies from before then.

The Bill is having its first reading in Parliament and is yet to go through the select committee process, where the public will have an opportunity to provide feedback on it.

A public consultation on the removal of interest deductibility has already occurred.

Asked whether he would consider making further policy changes to improve housing affordability if the actions the Government has taken to date don’t have enough of an effect, Finance Minister Grant Robertson said: “Let’s give them a chance to have an effect.”

Robertson said he believed the interest deductibility change was a “very significant move”.

Without the details of the rule change ironed out, government officials have been unable to estimate how much it will cost investors.

Treasury’s best guess was that it would’ve costed $800 million if fully implemented in 2018/19, and had current interest rates prevailed.

Here’s a brief summary of what the removal of interest deductibility is proposed to look like: