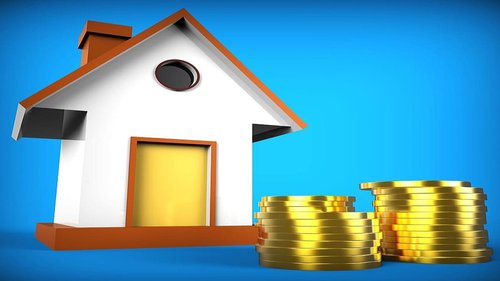 The first home buyers have continued to buy up large - but proportionately fewer of them have been borrowing very high levels of debt, according to KPMG's Financial Institutions Performance Survey for the June quarter.

KPMG says 9000 FHBs made their way on to the housing ladder in the quarter, which was the second highest number ever after the December 2020 quarter.

But significantly, fewer of the latest batch of FHBs were borrowing on high loan to value ratios - IE above 80% of the value of the property.

"This is a sign that the Reserve Bank of New Zealand’s (RBNZ’s) tightening of mortgage lending standards and the general feeling of discomfort with the heat in the residential property market could be having an impact on bank lending appetite for higher LVR loans," KPMG said.

The banking sector had a strong quarter, reporting a combined Net Profit After Tax (NPAT) of $1,451.9 million. This was a slight dip (of 11.63%) when compared to the previous quarter ($1,642.9 million) which was a record result; however, it was still one of the strongest quarters ever and almost twice that of the same period last year - which was lockdown affected.

And the strong latest result was largely driven by the continued growth in mortgage lending.

Lending overall increased by 2.20% (to over $473.5 million) compared to the previous quarter, but mortgage lending rose by 6%, KPMG said.

"While March 2021 retains the record for the largest amount of mortgage lending in one month, each month in the quarter ended June 2021 saw over $8 billion of new residential mortgage lending."

In fact that trend, according to the RBNZ's monthly figures, continued into the September quarter as well, and for the 12 months to the end of July there was just over $100 billion of new mortgages advanced.

KPMG said the composition of the banking sector lending portfolio has seen a steady increase in housing lending and a decrease in consumer, business and agriculture lending.

"While house prices, and with them the levels of mortgage lending, overall continue to rise, the number of investors taking out new mortgages has dropped. The lending growth is largely driven by owner occupiers and first-time buyers."

KPMG said this could be the beginning of the impact of the recently introduced tax changes deterring highly leveraged investors "or the achievable yields from renting starting to look unattractive at such high purchase prices".

The RBNZ is currently consulting on the further reduction of the amount of high LVR lending that banks can do, with the intention to implement any new settings from 1 October 2012.

Following this, the RBNZ intends to consult on potentially implementing Debt-to-Income (DTI) restrictions.