Ministry of Housing and Urban Development was asked for advice on temporary rent controls, as it warned the Government taxing investors more could increase rents 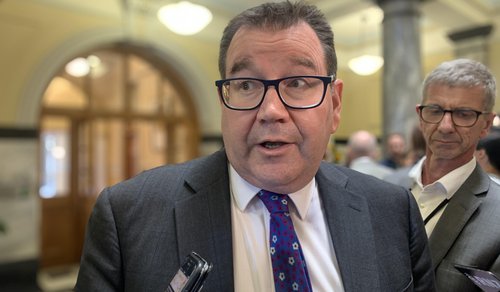 The introduction of temporary rent controls isn’t out of the question.

A just-released aide-memoire prepared by the Ministry of Housing and Urban Development for the Housing Minister in December 2020, notes the Government asked for advice on extending the bright-line test, limiting interest-only mortgages, removing deductibility of mortgage interest and “temporary” rent controls.

The Government last month announced the bright-line test would be extended from five to 10 years and property investors would no longer be able to deduct interest as an expense when paying tax.

The Reserve Bank is due to report back to the Government in late-May on the option of restricting banks from issuing interest-only mortgages.

Facing backlash from property investors, Finance Minister Grant Robertson last month warned: “We will be monitoring the impact on the rental market closely and we will take action if necessary.”

The document from the Ministry suggests Robertson really meant what he said, as temporary rent controls were on the table.

The Ministry referred to Treasury advice that noted rent control measures "could be drafted to offset or limit negative impacts of adjustments to tax policy changes on rent prices".

"If the government introduces a temporary rent control then this could incentivise more investors to sell, but international evidence shows that those that retain rental properties will try to find other ways to increase rental income and/or increase rents up as soon as the period of rent control ends," the Ministry said.

The Ministry raised concerns over how taxing property investors more could increase rents and cause rental “churn”.

To curb this, it recommended the removal of interest deductibility should not be applied to currently-owned rental properties.

The Government didn’t follow this advice. Rather it opted to propose the change be phased in over four years. The intricacies of the new rule are still being consulted on and are expected to be finalised by October.

The Ministry also recommended new builds be exempt. The Government followed this advice. Although the definition of a “new build” is yet to be clarified.

The Ministry also advised currently-owned rentals and new builds be exempt from any restrictions placed on the issuance of interest-only mortgages.

However, it said the measures should be applied to short-term holiday accommodation to discourage people turning long-term rentals into AirBnBs for example.

A number of investors likely to feel the pinch

Ministry analysis suggested a notable portion of investors might struggle to absorb the costs of the policy changes, and thus react by hiking rents or selling their properties.

These could be investors who have entered the market recently. The Ministry said about 20% of current private rentals were purchased in the past two years.

Around half of these have fewer than four properties.

The Ministry said cost pressures would also be felt more by the 37% of investors in a tax loss position. The average loss is $9000.

Only some FHBs could afford to buy houses from investors

The Ministry also made the point the Government’s aim to effectively push some investors out of the market to make way for first-home buyers has limitations.

It said a “generous” estimate was that up to 25% of renters could afford mortgage repayments, and thus buy the houses sold by investors. But “many” of this cohort may not be able to save for a deposit.

“The underlying demand drivers for these purchasers - low interest rates and high rents are likely to remain unchanged.”

The Ministry was concerned about the Government pulling levers on the demand-side when New Zealand has a housing shortage.

However the Government in March also announced it would provide councils with grants for infrastructure to support the building of more houses.

This $3.8 billion Housing Acceleration Fund was not discussed in the aide-memoire.