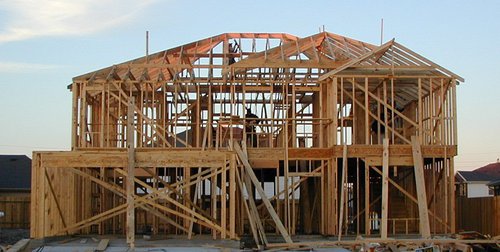 There was a sharp decline in the number of new homes completed in Auckland in December.

Auckland Council issued 830 Code Compliance Certificates (CCCs) for new dwellings in December, which was the lowest number for the month of December since 2017.

CCCs are issued when a building is completed and it is normal for their numbers to decline in December, which is affected by the Christmas break.

Last year's December decline was particularly steep, dropping by 48% from the 1581 dwellings completed in November 2020.

However the decline in December does not necessarily herald a slow down in new housing completions in Auckland.

The number of CCCs being issued had been running at particularly high levels in the second half of last year and the monthly figures can be quite volatile and are often affected by the timing of large multi-unit developments such as apartment blocks being completed.

On average just over 1000 new homes a month are now being completed in Auckland, up from 869 a month at the end of last year.

Five years ago, the average number of new homes being completed each month was just 303, which means new home completions in Auckland have more than trebled over the last five years.

The chart below shows the number of CCCs issued by Auckland Council for new dwellings each month from December 2017 to December 2020. 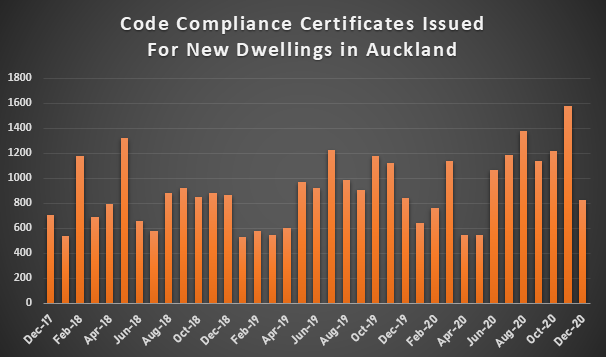