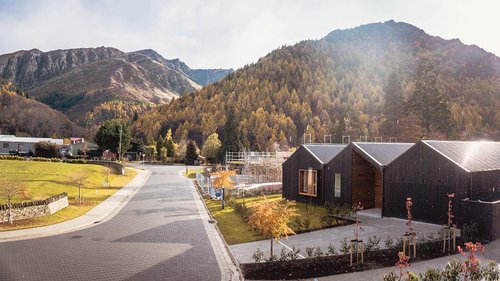 Before lockdown put the market on hold, Quotable Value’s Quartile Index offered some faint hope for first-home buyers looking to get on the property ladder in New Zealand’s main centres.

For the first time this year, monthly house price growth across the least-expensive homes in the country’s main centres was kept to an average of 1% in July – down from a monthly high of 3.1% back in March, and half a percent less than the 1.5% we reported for June.

Our three-month rolling average, which ensures a larger sample of sales data and therefore typically provides a smoother trend over time, also shows that these homes increased in value by 4.2% since the end of April – less than half its rate of growth back in April.

At the same time, the most expensive homes in the country’s main centres have increased in value by 4.4% in three months, and 1.5% in July. 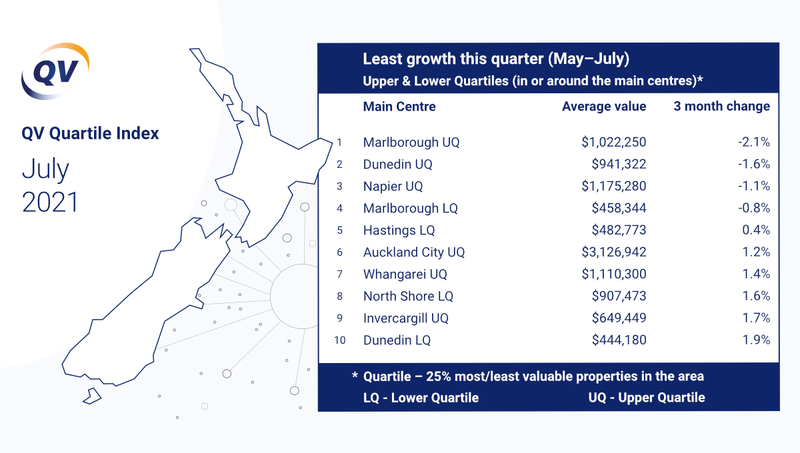 QV general manager David Nagel commented: “There can be no question now that the market is slowly cooling. We’ve been seeing value growth ease back for three consecutive months now, with first-home values tapering off more this quarter than the more expensive homes higher up the property ladder.

“Of course, this will likely come as scant consolation to most first-home buyers after record levels of growth over the past 12 months have made the quintessential Kiwi dream of owning your own home that much harder.”

He said the current trajectory of the market looked most promising for first-home buyers in Marlborough, where the region’s least-expensive houses have dipped by an average of -0.8% over the past three months, and in Hastings, where the average rate of house price growth has been a relatively modest 0.4% since the end of April. 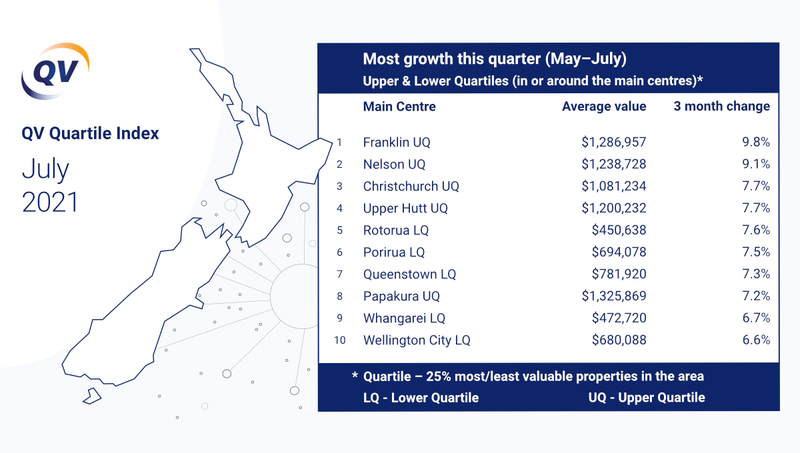 At the opposite end of the spectrum, four of the top five biggest value gains this quarter occurred across the upper quartile – that is the top 25% most expensive homes – in Franklin, Nelson, Christchurch, and Upper Hutt.

Even then, house price growth slowed this quarter in eight of the 10 centres with the fastest-growing house prices. “The market is fraught with anticipation that interest rates are going to go up, which is also having a dampening effect on prices at both ends of the market,” Mr Nagel said.

“Our economic outlook obviously remains highly changeable right now. The Reserve Bank has retained its current stimulatory level of monetary settings as we enter another lockdown. If it’s short and sharp, we can expect things to pick up right where they left off – but a longer, more drawn-out lockdown could well change things. Only time will tell.”